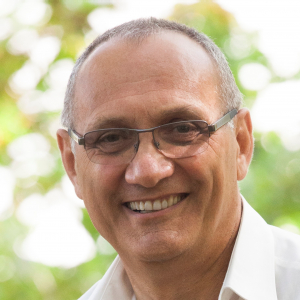 Jacek Jassem, MD, PhD, is a Professor of Clinical Oncology and Radiotherapy and Head of the Department of Oncology and Radiotherapy at the Medical University of Gdansk, Poland. He received his MD and PhD from the Medical University of Gdańsk and undertook training at the Karolinska Institute in Stockholm, Sweden and the National Cancer Institute in Amsterdam, The Netherlands.
He is a past chairman of the European Organisation for Research and Treatment of Cancer (EORTC) Breast Cancer Group and the EORTC Executive Committee, the chairman of the Central and East European Oncology Group, past chairman of the ASCO International Affairs Committee and a past president of the Polish Oncological Society. He is a member of the Academia Europea, European Academy of Cancer Sciences, and the Polish Academy of Art and Sciences. He served in the executive boards of ESTRO and ESMO. He has been actively involved in a number of different editorial boards including Lancet Oncology, the European Journal of Cancer, Cancer Treatment Reviews, Radiotherapy and Oncology and the Journal of Thoracic Oncology.
His main scientific interests are medical oncology, specifically lung and breast cancer, combined modality treatment with chemotherapy and radiation, as well as molecular oncology. He has authored or co-authored over 800 full articles, books and book chapters in these fields. The cumulated impact factor of his full publications is 1975, with over 15,600 citations and h-index of 50. He has claimed or licensed 11 patents and directed 19 basic science and clinical-related PhD thesis. He is the recipient of a number of Polish and international scientific awards.
Prof. Jassem has been involved with nationwide public health initiatives, such as authoring the Polish anti-tobacco legislation to limit smoking in public places (introduced by Parliament in 2010) and the coordination of Cancer Control Strategy for Poland 2015–2024. 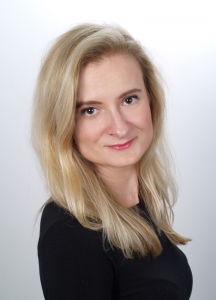 Anna Wrona, MD PhD, works as a consulting radiation oncologist and an academic in one of the most exhilarating Polish cancer centers – in the Department of Oncology and Radiotherapy of Medical University of Gdańsk. During her medical studies, as one of her loved ones developed and conquered cancer, Anna decided to devote her daily practice and scientific efforts to oncological patients, especially defenseless, fragile and needy. She strongly believes in combining scientific endeavours worldwide – she is profoundly involved in the extensive scientific network, collaborating in the projects led by, inter alia, European Thoracic Oncology Platform (ETOP) and European Organisation for Research and Treatment of Cancer (EORTC). She is a member of Polish Society of Oncology (PTO), European Society for Radiotherapy and Oncology (ESTRO) and International Association for the Study of Lung Cancer (IASLC). She defended her PhD thesis in the field of lung cancer. She is deeply convinced of the combined treatment potential in fighting cancer, so she has started additionally her training in medical oncology. She attended ECCO-AACR-EORTC-ESMO Workshop “Methods in Clinical Cancer Research”. Every day she is developing her skills in this area when enrolling patients and analyzing data in phase I-IV clinical trials conducted in her center. Thoracic oncology represents her main field. She is especially interested in cancer molecular biology and resistance mechanisms. Anna is an active speaker both in Polish and international conferences (i.a. Polish Congress of Medical Oncology, Conference of Polish Lung Cancer Group, World Conference on Lung Cancer). She is an associate editor of Journal Club column in Nowotwory Journal. Her co-workers find her creative, passionate, communicative, empathic and accountable. Sport is her passion: she is a climber; she loves trekking, owns fourth Kyu in Karate Kyokushin and practices yoga. She also encourages her patients to optimal and adjusted physical activity. 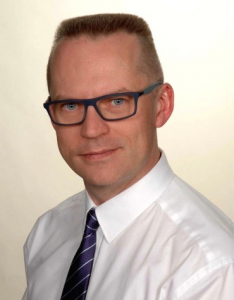 studied medicine at the Medical University of Gdansk, from where he obtained his degree in 2002. He worked as an intern, medical doctor in a hospice, pathology resident, junior assistant, senior assistant and pathologist in a public hospital in Gdansk, and as a junior assistant at the Medical University of Gdansk, together for 14 years. He obtained the Polish State Board degree in Pathology in 2009. Since 2016 he works as a pathologist in the Department of Pathomorphology at the Medical University of Gdansk and in the Clinical Pathomorphology Laboratory at the University Clinical Centre in Gdansk. He is working in two international clinical trials (kinase targeting therapy and immunotherapy in solid tumours). Jacek Kowalski has several publications, and he is a member of the Polish Society of Pathologists (PSP), European Society of Pathology (ESP), The United States and Canadian Academy of Pathology (USCAP), The International Association for the Study of Lung Cancer (IASLC), European Crohn´s and Colitis Organisation (ECCO), and the Polish Society of Endocrinology (PSE).